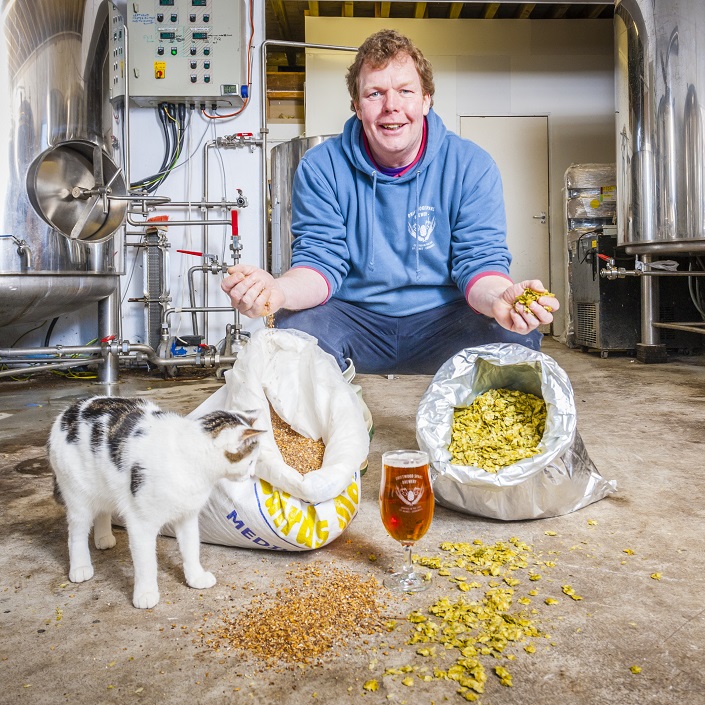 Posted at 20:12h in Latest News by admin 0 Comments

The Driftwood Spars Brewery has become Cornwall’s first brewery to make all of its beers officially gluten free, following a successful period of experimentation and testing.

The Brewery, which is part of the pub here at Trevaunance Cove, rose to the challenge in response to queries and requests from customers who were coeliac or gluten intolerant and therefore unable to enjoy a good pint (a key ingredient in beer is barley which, as a cereal, contains gluten.)

After successfully creating one gluten free ale, Unexpected, which won an international Free From Award in 2018, Head Brewer Pete Martin made it his mission to strip the gluten from the entire range of ales without any detrimental effect – and is thrilled to have succeeded.

Pete explains: “Unexpected is really delicious but having just one gluten free beer available didn’t give our customers much choice. We did our research and found an enzyme which strips out the gluten without affecting the flavour of our beers. The enzyme is completely safe and is already extensively used in brewing, just not specifically for this purpose.”

We’re really proud to be able to offer our full range of in-house beers gluten free, and customers who haven’t drunk beer for years can finally enjoy a pint of their favourite ale. No matter what style of beer you prefer, you’ll now find a gluten free version at The Driftwood; from light and refreshing Lou’s Brew to the rich and warming Alfie’s Revenge, all are loaded with taste and character – minus the gluten.

Piers Owen, who is one of our regulars, commented: “I am so impressed that the team at the pub and brewery have put so much effort into making their whole range of beers available to people like me who have coeliac disease, or others who are allergic or sensitive to gluten. It certainly makes trips to the pub a whole lot more fun!”

Out of every batch made, a bottle is shipped to a research lab to be tested to ensure it meets the gluten free criteria.

We also serve cask beer that is gluten free as we have 3 designated lines (the lines can’t be used for other beers which do contain gluten, as they must be free from residual traces.)

Sorry, the comment form is closed at this time.